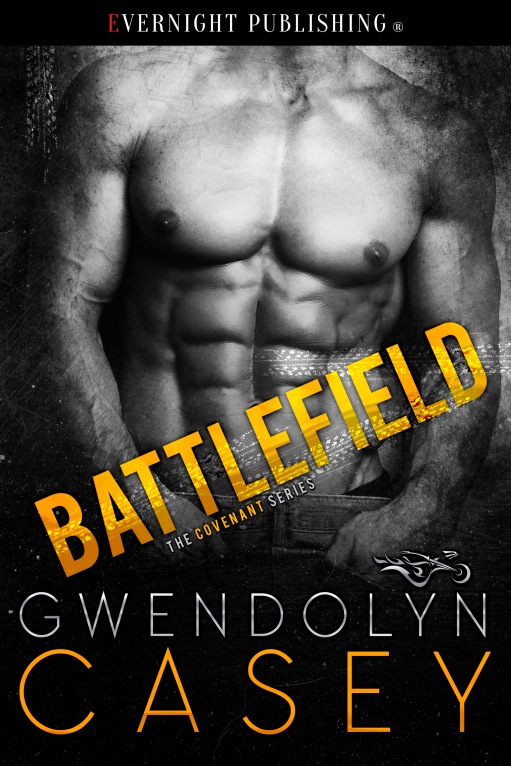 As a member of the Aces MC, nothing in the world was forbidden to Jordan Mitchell and he was not in the habit of denying himself the things he wanted. But when he meets his younger brother’s girlfriend, he finally knows the torture of wanting something he can’t have. Cecelia Taylor knew Jordan would be a mistake since the first time she met him. Not only was he a filthy biker but also an arrogant jerk who could never seem to keep his hands to himself. And yet, she couldn’t seem to resist those hands…or his bed. Their relationship is a battle from the very beginning with casualties on both sides. But when Jordan’s past comes calling, their love is put to the test and they both have to decide if what they have is worth a real fight.

“The lure of a bad boy is hard to resist, especially when it comes packed with hard muscle and a gorgeous face. Isabel has no resistance to this kind of onslaught, and the result is incredible. She and Rem are complete opposites in so many ways, yet when they come together it is magic. I love the darkness, but it is the sincerity and total devotion the Ace’s have for each other, that keep you wanting more.” – Coffeetime Romance

“Just finished Reign Over Me and wow, it was a really good read. Izzy and Rem are smoking hot together. After Isabel’s dad and uncle get into trouble with a rival MC she becomes a unknowing pawn in their club business. Sent to the Aces for protection, Izzy is like a fish out of water. The club decides to protect her and she finds a way to assimilate into the club. Sparks like fire ignite between her and the Aces Vice Prez, Remington and a really sexy and complicated romance begins. I enjoyed this book very much and that ending was unexpected – be sure to have a cold drink on standby! Interesting characters that set up storylines to come and I can’t wait to read them all. Great story from this author, Gwendolyn Casey. If MC stories are your thing, this one won’t disappoint!” – Readiva (Amazon)

“4 STARS: Some girls have all the luck. Mackenzie is on a trip with friends, one who wants to be more, just minding her own business when she runs into the rest of her life. And she’s not quite sure how she feels about that. The rest of her life is gorgeous, intense and a tad bit scary and is named Donovan. When she finds herself taken and seduced, it’s more than just the shock. It’s what else Donovan has to reveal that shakes Mackenzie’s world on its’ axis. This was a quick over the top insta-love. My favorite. Some might be offended by the “forced seduction” but I didn’t find it too much. More that her brain had to catch up with the rest of her and he nudged it along. Does she say no? No. Should he have stopped. Yes. If you find that offensive don’t read the book. After the initial leap to sex, these two have other problems that involve politics and family members as well as some adaptation on Mackenzie’s part. And I mean adaptation. The first line says it all for me, Mackenzie fell into a mess but it turned out to be a mess of luck with a happily ever after. A good read.” – Night Owl Reviews

“5 STARS: The story is over-the-top and just so delicious. I loved Donovan’s intensity. My Kindle is still smoking. This is the first book I’ve read by this author, but I look forward to reading more in the future.” – K. Hill (Amazon)